VERO BEACH— Founded in 1953, the Humane Society of Vero Beach and Indian River County, Florida (HSVB) is the only open admissions shelter in the county and accepts all animals, including farm animals and wildlife. Animals are brought to the shelter by members of the public or by the Indian River County Animal Control, with which HSVB is under contract.

There are approximately 35 full-time shelter employees and 300 volunteers on HSVB’s 38-acre Vero Beach campus which receives stray, lost and abandoned animals 24/7 at a stand-alone receiving center adjacent to a 44,000-square-foot adoption building.

According to shelter data provided to The Canine Review, 1286 dogs entered HSVB in 2018, of whom 577 were adopted. Seven dogs were transferred to animal rescue organizations, eight remained at the shelter and another 463 dogs were returned to their owners, bringing HSVB’s 2018 “save rate” to 82%.

HSVB had a “death rate” of 18% in 2018, with 228 euthanasias and three other deaths occurring from natural causes. As of the end of June 2019, the shelter’s euthanasias went down by 77% compared to last year, executive director Kate Meghji said.

“I attribute that to a number of factors,” said Meghji. “We are seeking outside rescue/transfer options for animals with medical or behavioral issues, removing barriers to adoption to increase adoptions with a 45% increase year to date and sending our underage/vulnerable pets into foster homes.”

During the first six months of 2019, 371 dogs were adopted and another 199 dogs were returned to their owners. No dogs were lost, went missing, or died from sickness in the first six months of 2019, but there have been 31 euthanasias. While the remaining numbers for 2019 are unknown, it seems that the euthanasia rates at the shelter are dropping: According to shelter data provided to The Canine Review, 478 dogs in 2014 were euthanized. In 2018, that number dropped to 228; and in the first half of 2019, the number was at 31.

The shelter’s current executive director, Kate Meghji, joined HSVB in January 2019, following a nationwide search.  Meghji, who held the position of Executive Director for four years at the Lawrence Humane Society in Kansas after serving as Shelter Manager at the Champaign County Humane Society in Illinois, now oversees the expansive Vero Beach facility.

Under Meghji’s direction, adoption policies have been updated to eliminate barriers to adoption, Meghji told The Canine Review in an interview. A complete application is no longer required, although a government-issued photo ID must be presented showing one’s full-name and address.

According to Meghji, an adult dog stays at the shelter an average of 31 days while puppies stay an average of 24 days.  They are lengths of time which Meghji would like to shorten:

“I believe that’s too long,” said Meghji. “Reducing the length of stay is something we’re working on all the time. It’s about making the right matches and meeting people where they are. We can’t hold onto every animal until we find the perfect home.”

In 2013, the Florida State Legislature passed monthly data reporting requirements for all public and private animal shelters, humane organizations, and animal control agencies operated by a humane organization, or by a county, municipality, or other incorporated political subdivision. Meghji told The Canine Review that it submits monthly reports, which include data about intakes, deaths, euthanasia and outcomes, to Shelter Animals Count [https://shelteranimalscount.org/home]. But Shelter Animals Count “is dedicated to furthering more transparency with anonymity through sharing of shelter data”; and no data is attributed to any individual shelter by name on its site. HSVB does not publish data reports on its website.

​When a dog is surrendered to the shelter by its owner, questions about behavioral issues are asked by intake personnel. There is a full-time certified dog trainer on staff but unless the owner discloses problematic information or shelter staff notices unusual behaviors, no temperament test is administered. Dogs who enter the shelter as strays receive temperament testing on an as-needed basis. Meghji said all dogs receive a full medical examination, vaccinations, and are spayed or neutered before they leave the shelter.

Dogs can be adopted on the same day a potential adopter first meets them, provided that they are current on vaccinations and have been spayed or neutered, according to Meghji. The shelter will also hold a dog overnight while a potential adopter considers if the animal is a good fit for their family. A “meet and greet” with a family’s other pets can be arranged at the adopter’s request although it is not mandatory. If an animal has been adopted but situations change for either the adopter or the dog, the animal may be returned to the shelter at any time. 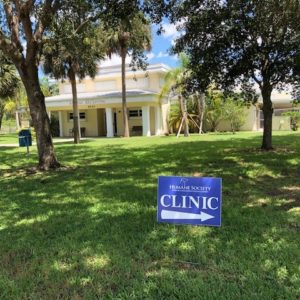 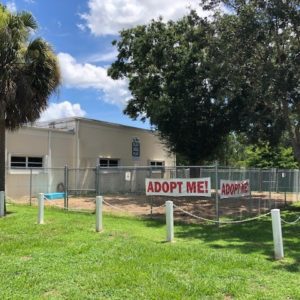 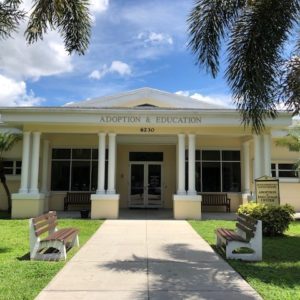 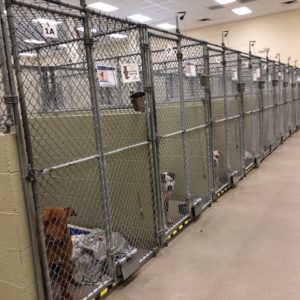 Facts About The Shelter