About 20 minutes from Washington, D.C., the Animal Welfare League of Arlington (AWLA) is one of the oldest animal shelters in Northern Virginia. On a sunny Thursday in July, The Canine Review visited AWLA and found clean, well-maintained facilities; organized procedures; and a friendly, knowledgeable staff.

AWLA was founded by volunteers in 1944.  Today, there are 43 full-time employees, including a veterinarian, a veterinary technician, and three behavioral specialists – one CPDT-KA certified and two soon-to-be. There are also about 300 volunteers and 250 fosters. While AWLA is a nonprofit 501(c)(3) organization, it provides sheltering and animal control services under a contract with Arlington County.

The 17,178-square-foot main building features two entrances: one for potential adopters, which leads to a recently renovated lobby with a main front desk and small retail area, and another entrance for animal intakes. There is a surgical suite, and separate areas for dogs, cats and small animals. The building can house up to about 38 dogs.

Once a dog is admitted to the shelter and has undergone intake protocols, it usually gets a double kennel to itself, AWLA chief executive officer Samuel Wolbert told The Canine Review.  The kennels are indoors, but large windows provide natural light. The kennel windows look out on four fenced play areas, where the dogs have daily morning playgroups, Wolbert said.

The shelter’s website explains that it is specifically designed for the comfort of animals. For example, the dogs are exposed to a rotating collection of soothing scents, such as lavender or eucalyptus. Staff switch out the scent pouches, which hang out of reach on the outside of each kennel, daily, Wolbert told The Canine Review.

“We’re really fortunate in Arlington County..we’re able to go out to other places that don’t have those resources and transfer in animals so that we can help save lives there [while] also providing adoptable animals for our community,” Wolbert said.

The shelter has a wide variety of dogs, AWLA spokeswoman Chelsea Jones told The Canine Review. “Day to day, we never know what we’re going to get,” she explained. “Puppies and old dogs and all different kinds of mixes. … A lot of the misconceptions about shelters is that we don’t get purebred dogs, but we absolutely do. We’ve had bull terriers, French bulldogs and corgis, and who knows what else.”

The average length of stay for dogs in the shelter is about 12 days, Wolbert told The Canine Review, although the period varies. For example, a puppy who is not old enough to be spayed or neutered will need to stay at the shelter or with a foster until it can have its surgery.

AWLA publishes the past seven years of data about its animals’ outcomes, including euthanasia data, on its website. It is an admirable and bold effort towards transparency which most animal shelters opt out of.  AWLA also publishes its annual reports dating back to 2006.

“We try to be as transparent as possible,” Wolbert said.

Asked about the genesis of the decision to publish so much data on its website, Wolbert said in an email, “A core value at AWLA is honesty and posting our shelter statistics is a way in which we can maintain the public’s trust through open accessibility and transparency.  It is also a reflection of the hard work that AWLA staff and volunteers perform on a daily basis.”

“It’s a fraction of animals that unfortunately are humanely euthanized,” Wolbert said. “It truly, truly is the last scenario. We never euthanize for space and time. Any animal that is healthy and adoptable will be with us as long as they need to.”

All dogs receive behavioral and medical evaluations when they enter the shelter. These evaluations determine how dogs are handled and by whom at the shelter.  The evaluations also determine adoptability and what, if any, special requirements a dog may have, such as a home without other pets, or children.

All animals sent home from the shelter are spayed or neutered, up to date on their shots, and microchipped.

AWLA has a list of participating local vets who will provide one free check-up for newly adopted animals. The check-up must be used with 10 days of the adoption date, and the veterinarians offer only the exam for free, not additional medical treatments or costs, Wolbert said.  In some cases, when a pet with a known medical issue is adopted, the AWLA will cover all or part of the costs for treatment.

The shelter does not conduct mandatory home visits or reference checks for adopters. The shelter tries to make the adoption process as easy as possible, Wolbert said.

Potential adopters may elect to bring a dog home for an “overnight” to try out at home before making a final decision. The shelter will also allow potential adopters to put a dog on hold at the shelter for up to 24 hours, though puppies are an exception, Wolbert noted. Too many people would want to reserve puppies, he explained.

After a dog is adopted, the shelter follows up with an email survey. Shelter staff will also follow-up by phone as needed.

An adopter may return a dog for a refund for any reason within 90 days of the adoption. 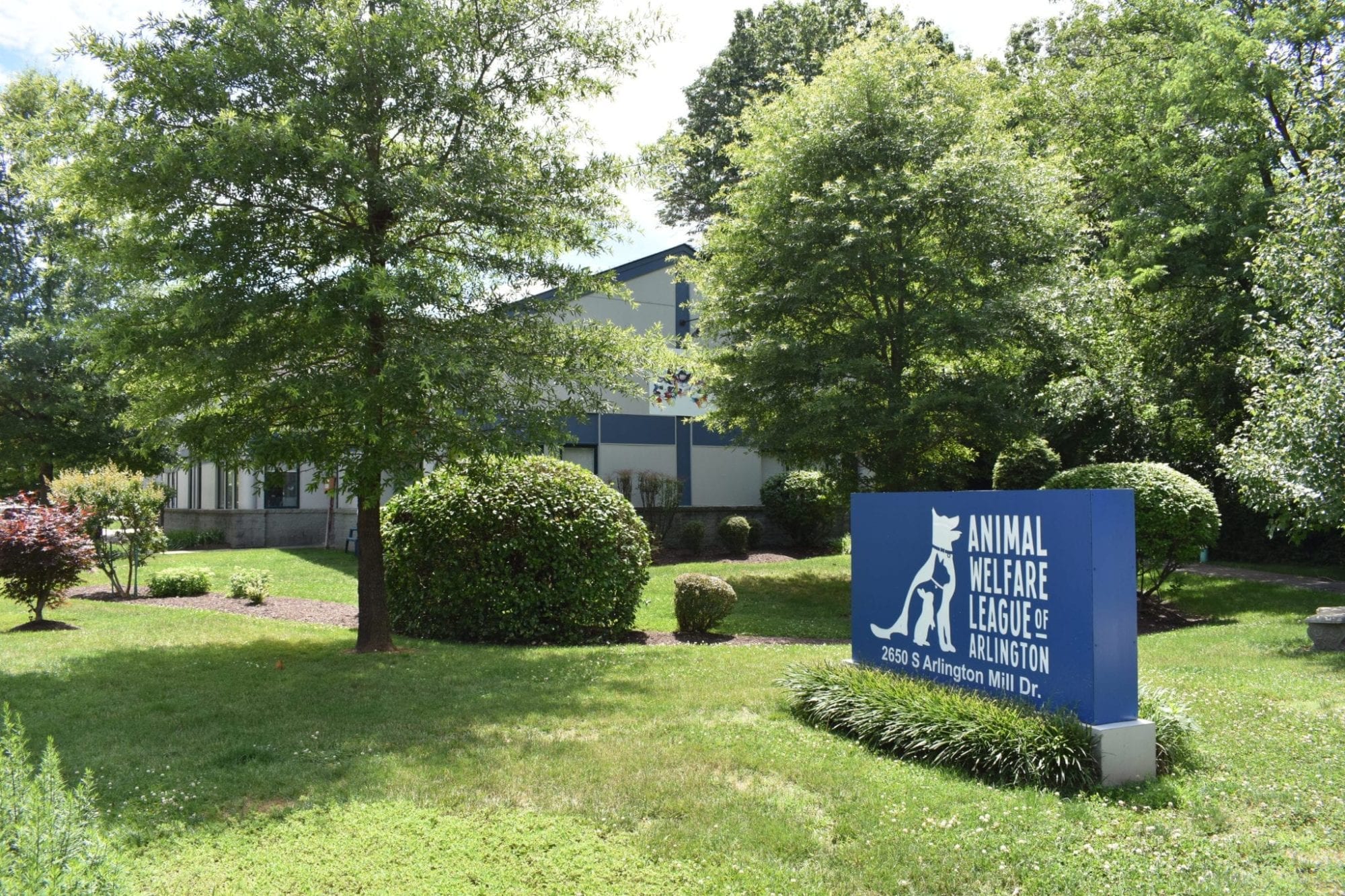 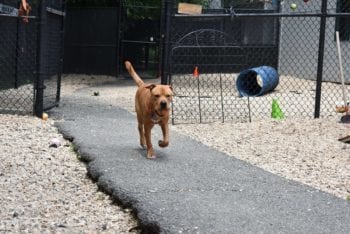 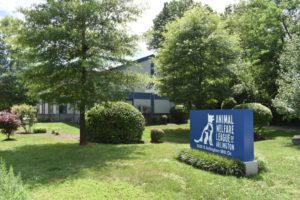 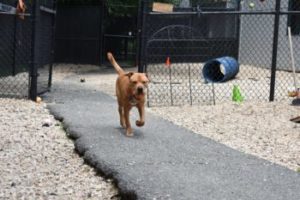 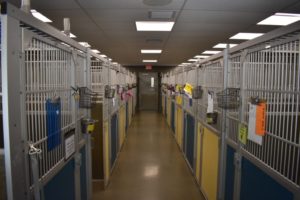 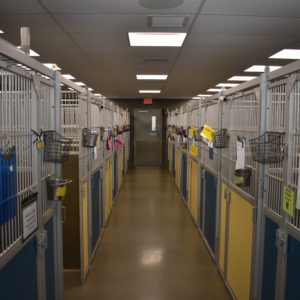 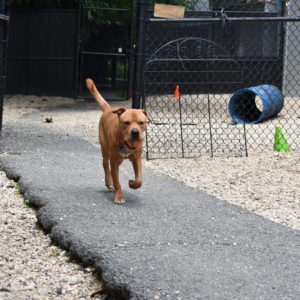 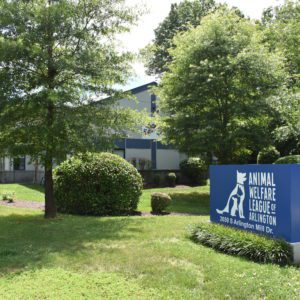 PHOTOS BY MISSY SCHROTT
Facts About The Shelter

TOTAL NUMBER OF ANIMALS (ALL SPECIES) AT CAPACITY:

TOTAL NUMBER OF DOGS AT CAPACITY: 38

TOTAL NUMBER OF DOG BITE INCIDENTS ON SITE IN 2018:

TOTAL NUMBER OF DOG BITE INCIDENTS ON SITE IN 2019: