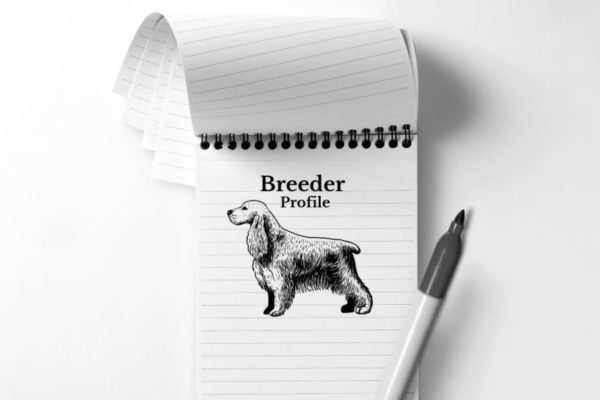 This profile has been updated. Following the publication of TCR’s reporting about the American Kennel Club’s business model and close examination of its Breeder of Merit program in which we reported about Sterling Kennel/Endless Mountain Labradors among other breeders whose kennels did not appear to be fulfilling what the AKC was promising the public on its website about Breeders of Merit, we felt that it was worth noting that EML was inspected again in December 2019, and again in June 2020; the kennel received no violations or notes of concern in either inspection. Indeed, in the aftermath of what we reported in November 2019, EML has since maintained a flawless record.

Dogs without heat and shelter in Pennsylvania

AKC Breeder of Merit Donna Stanley and husband Jonathan Stanley co-own Sterling Kennel, also known as Endless Mountain Labradors, in rural northeastern Pennsylvania. In early 2017, Pennsylvania inspectors from the state’s Bureau of Dog Law Enforcement found that Endless Mountain was operating commercially without a commercial license. That finding triggered a tumultuous two years of inspection failures. Pennsylvania inspectors found multiple problems with the Breeder of Merit facility, both in 2017 and in 2018. According to their inspection reports, these included inadequate water, shelter, lack of bedding, insufficient space, and damage to the structure.  The most disturbing violations pertained to the lack of physical space for the dogs:

Wardens viewed primary enclosures that housed dogs that would not allow each dogs to lie down stretched out and not touch the sides of the enclosure.

This warden directs the kennel owner to take the following action(s): Provide space to allow each dog to turn about freely and to stand, sit and lie in a normal position. The dog must be able to lie down while fully extended without the dog’s head, tail, legs, face or feet touching any side of the enclosure.

Asked about the licensing violation and other violations, Jonathan Stanley told The Canine Review in a November 2019 email that the kennel had only exceeded the state’s limit on the number of dogs a non-commercial breeder can sell (or “transfer”) without being required to apply for a commercial kennel license by just one dog. According to the March 2017 Pennsylvania inspection report of Sterling, the Stanleys sold 65 dogs in 2016, which would have put the kennel five dogs over the limit. 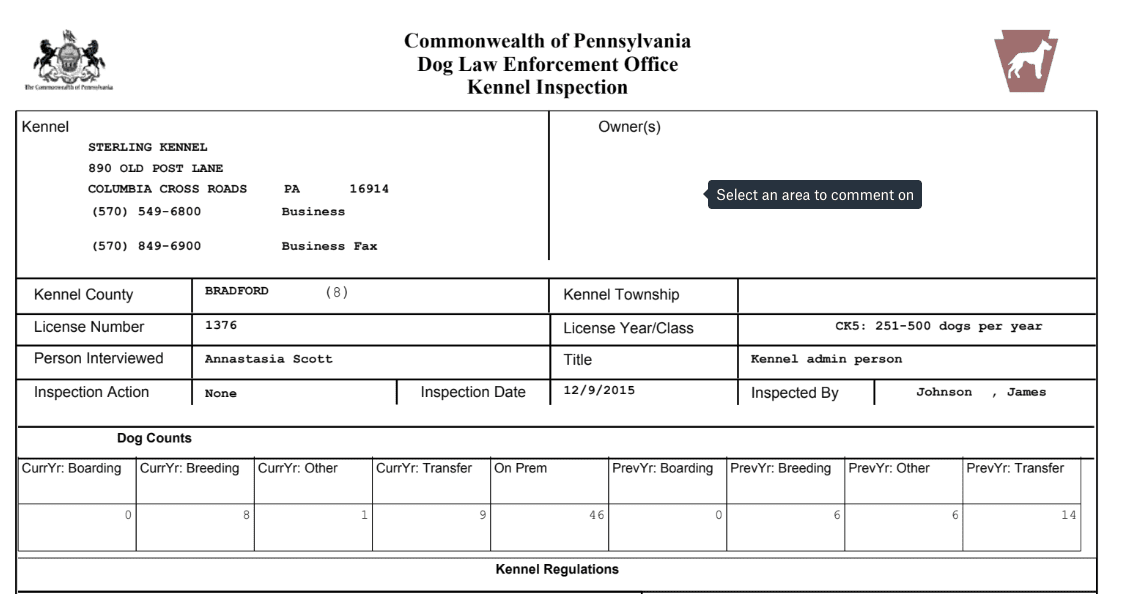 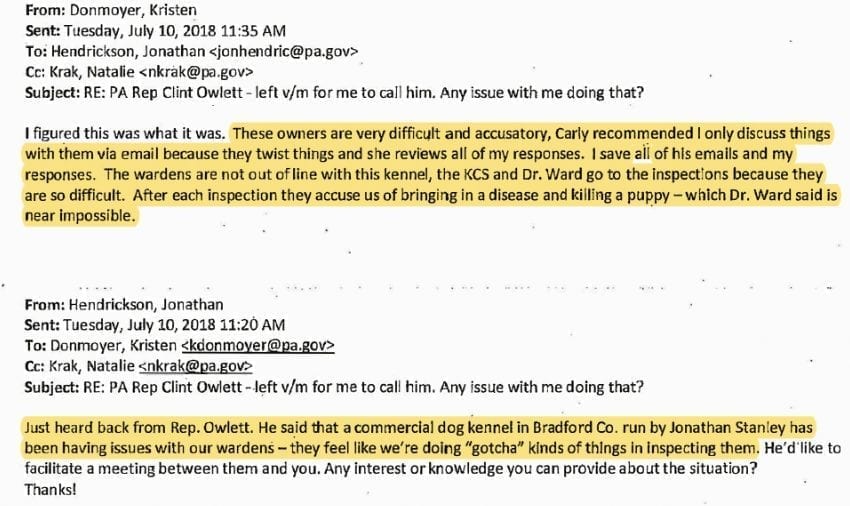 In March 2017, in the same report in which the inspectors cited Endless Mountain for operating commercially without a commercial kennel license,[xxxv] the inspectors wrote that they observed frozen, standing water in several outdoor exercise pens. At the dog houses or kennel, there were “chewed sharp edges” and openings with “exposed, unsealed wood.”

How the Stanleys reacted to the accountability was as notable as the citations. Through a public records request, The Canine Review obtained emails exchanged between officials in Pennsylvania’s Dog Law Enforcement Bureau, part of its Department of Agriculture, and Jonathan and Donna Stanley in 2017 and 2018:

“Very very very very upset to again be experiencing an infection brought in again from the warden’s inspection. Again, exact days of incubation period from the day they were here until the outbreak according to my veterinarian. And I can can proudly say in 32 years we have never experienced a kennel-wide outbreak of kennel cough. You are welcome to talk to the two veterinarians we use to prove this fact. No one was in or out of our kennel, and there was no way it could have come in – – just like the horrible parvovirus brought in – – I still cry every time I think of the poor suffering of that puppy..,.”

These owners are very difficult and accusatory,” director of the bureau of dog law enforcement Kristen Donmoyer wrote in an email to colleagues on July 10, 2018. “After each inspection they accuse us of bringing in a disease and killing a puppy.”

Donna and Jonathan Stanley declined to speak about the inspection reports, or anything else related to the operation of Endless Mountain, including questions about where their puppies are born, raised, and who primarily cares for the puppies and dogs. When asked by email whose house “house raised” refers to, both declined to comment.

None of this is to suggest that there are no happy Endless Mountain clients. To the contrary, on Endless Mountain’s Yelp page, the majority of the reviews about the kennel are positive. There are more than 50 glowing five-star reviews, thanking and praising Endless Mountain, and Ms. Stanley. More important, Pennsylvania state inspectors have not cited Endless Mountain for any violations since the April 2018 report.